How to Understand Millennials 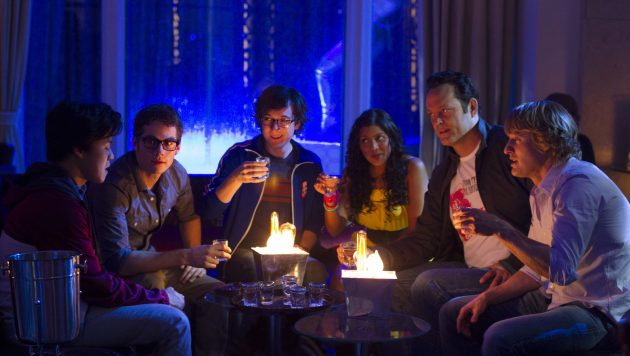 So, the term millennial refers to a group of people born between 1980 and 2000. The latter end of this age group have seemingly created their own language, which can confuse the hell out of you golden oldies.

You’re on the way to the water machine or kitchen to grab a much needed drink, when you spot a group of new apprentice’s stood around chatting. You want them to feel welcome, engage in meaningful conversation, but words like “groovy” are just not going to cut it.

Well, we thought we’d help you out! Here is a quick low down on the language that millennials use, hopefully it’ll make you seem just that little but cooler… or just understand what they’re saying!

Used by those describing their girlfriend/boyfriend. Also stands for Before Anyone Else.

Can be a state of altered consciousness induced by alcohol or narcotics, but mainly used in the sense of something/someone being happy, excited, and energetic.

“Yo bro, last night was turnt up!”

When something is turned up.

Tony: “did you go to that party last night”

Dave: “yeah, that shit was lit”

Everything that is the imagination, alternative or otherwise. Often thought as crazy or weird.

When something is nice and comfortable, a good situation.

A bit of an old school one, but sick often means cool, crazy or insane.

Being on point, originally used on Instagram to describe good eyebrows.

“My eyebrows are on fleek today”

Acronym for “as fuck”.

To deliberately ignore or sidestep an obvious expression of interest.

“I was trying to get this girl to be my bae, but she curved”

Applied to an aspirational group, person, object, or quality one aspires to have.

Stands for Greatest of All Time.

“Elvis is the GOAT, no doubt about it!”

Reckless or irrational behaviour, a lack of self control.

To endorse another couples romantic relationship

Stands for Shake My Head, showing disapproval or scorn in the face of perceived stupidity.

To obviously show disapproval, give side eyes or talk trash.

Wanting something especially bad, acting desperate and too eager.

“That girl is so thirsty”

Now, we aren’t saying that by using these terms you’ll be considered cool amongst the millennials (that’s a hard thing to achieve), but it’s always worth knowing their language as you may impress them with the knowledge one day. Or at least understand what they’re saying!