Am I Really a Millennial? 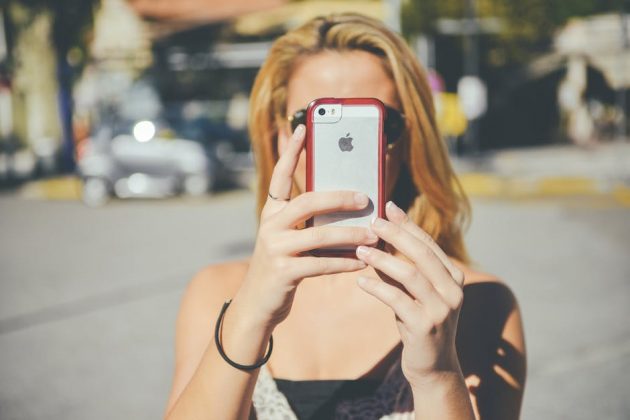 Truthfully, before writing this – I wasn’t entirely sure what the term millennial really meant. I was naive, and assumed it was simply the name given to a generation.

How wrong was I?!

Millennial is now, in my eyes, used as a descriptive term. It no longer is a generation name, but the name given to a certain type of person. I have also realised, that it isn’t much of a compliment; there are so many negative connotations around the lexeme that I, personally, would be some what insulted if you included me within that group.

My realisation of the real meaning of the word came from two videos I watched. These videos spoke to me, and opened my eyes. They both argue slightly different points – but points I mostly agree with.

Simon’s video addresses the issues that surrounds the age group, but offers a reason as to why they are stereotyped in this way.

Millennials are branded as entitled, lazy, narcissistic, unfocused, and tough to manage – amongst other things. Simon also mentions that many millennials want to make a difference in their life, resulting in them being disappointed with what they are achieving in the role they are working in – hence where the “tough to manage” label comes from.

In his video, Simon mentions that he believes that the reason behind the characteristics of millennials, is all down to parenting. It’s known that nowadays, young adults, teenagers and children are often rewarded with participation trophies – something that has resulted in us feeling as though we don’t need to work hard in order to gain praise and recognition.

At the end of the video, he addresses the topic of mobile phones. It’s a well known fact that most teenagers/young adults and even children are glued to their phones; it is now seen as an acceptable way to communicate with those around you, meaning we no longer learn the crucial social skills you need to progress in life. This is resulting in millennials being disengaged and unable to start meaningful relationships.

Although he goes into it a little more intricately, Simon basically tells us how when we gain likes, comments and shares on our posts on the various social media channels, it releases a chemical called dopamine in our brain. In essence – receiving positive recognition for something we have posted makes us feel good. We then continue to post, engage and connect with people on Twitter, Facebook, Instagram etc in order to get the next “hit”.

Dopamine is the same chemical that is released when we drink alcohol, take drugs and gamble – it’s an addictive feeling, and the reason as to why so many people fall victim to drugs, gambling, and alcohol every year.

Basically, we’re addicted to our phones.

Simon Sinek’s video is insightful and intriguing. It gives valid reasons as to why we are as we are. I highly recommend watching it, especially if you aren’t aware of the negative connotations that surround us millennials.

The second video I watched was of Adam Conover. Adam is a comedian, writer, and television host, shooting to fame with his TV show “Adam Ruins Everything”. His talk was given at a marketing conference called Deep Shift; it’s passionate and brings to life the truth behind millennials, and generations in general.

In his talk, one of the main points Adam makes is the fact that generations are made up.

Social generation, the way we view it now, gained currency in the 19th century, and prior to that was seen in a family sense – not based on age. Adam goes on to say that the media obviously creates the names of the generations. We have Baby Boomers (1946 – 1964), Generation X (mid 1960’s – early 1980’s), Millennials (early 1980’s – early 2000’s) and are now currently in the time of Generation Y – however they are also being called Post-Millennials and Founders.

Adam tries to show us that the stereotyping that is around millennials is unfair, as majority of the traits we supposedly have, Generation X were also blamed with by their previous generation. He explains that in each generation there is a cross over – we all share the same things.

His reasoning behind this is simple, previous generations get worried about the new technologies and advances that are happening. For example, when the radio and computers came out – they had the same response as to what smartphones have today. The generations that didn’t grow up with them found them intimidating, saying that they were influencing the youth; just like how smartphones are doing today.

His video is a lot more descriptive of these topics, so I highly recommend that you watch it. It made me see that I am not a lazy, entitled millennial – but just someone who grew up with new technologies and influences, something that has impacted the person I am – just like the generations before me.

So, am I really a millennial?

These videos opened my eyes to the potential way people see me as a millennial. I’m 20, but I honestly don’t see majority of the traits in myself. I’ve been in a full time job since the age of 18, working hard in order to reach my career goals, I don’t believe I am entitled to anything as I’ve had my parents drilling into me from a young age, that I have to work for everything I want.

I agree that I am glued to my phone, but I don’t think that has anything to do with my generation – it’s simply the fact that it offers a new way to connect with those around me. I can still hold meaning conversations with people face to face, and don’t think I’m tough to manage at all (maybe ask Dave’s opinion on that one!).

My argument is, I think it’s unfair to tarnish all people my age with the same brush. The only thing all millennials have in common is that they were all born in the same era. We are all different, with different goals and approaches to life.

This is a difficult topic to cover, and I’m sure a lot of you will have your own opinions on it! Be sure to let us know what you think in the comment section below!

Also, if you get the time, I really urge you to watch Simon and Adam’s videos! They are linked below!